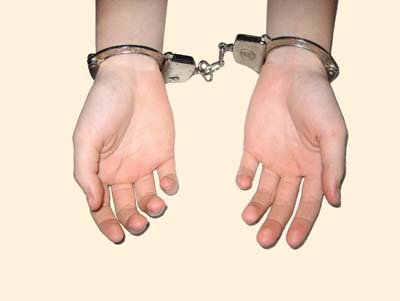 (1) “Domestic violence” means any assault, aggravated assault, battery, aggravated battery, sexual assault, sexual battery, stalking, aggravated stalking, kidnapping, false imprisonment, or any criminal offense resulting in physical injury or death of one family or household member by another who is or was residing in the same single dwelling unit.

(a) The resource listing, including telephone number, for the area domestic violence center designated by the Department of Children and Family Services; and

(b) A copy of the following statement:  “IF YOU ARE THE VICTIM OF DOMESTIC VIOLENCE, you may ask the state attorney to file a criminal complaint.  You also have the right to go to court and file a petition requesting an injunction for protection from domestic violence which may include, but need not be limited to, provisions which restrain the abuser from further acts of abuse; direct the abuser to leave your household;  prevent the abuser from entering your residence, school, business, or place of employment;  award you custody of your minor child or children;  and direct the abuser to pay support to you and the minor children if the abuser has a legal obligation to do so.”

(2) When a law enforcement officer investigates an allegation that an incident of domestic violence has occurred, the officer shall handle the incident pursuant to the arrest policy provided in s. 901.15(7)(a), and as developed in accordance with subsections (3), (4), and (5).  Whether or not an arrest is made, the officer shall make a written police report that is complete and clearly indicates the alleged offense was an incident of domestic violence. Such report shall be given to the officer’s supervisor and filed with the law enforcement agency in a manner that will permit data on domestic violence cases to be compiled.  Such report must include:

(a) A description of physical injuries observed, if any.

(c) A statement which indicates that a copy of the legal rights and remedies notice was given to the victim.Whenever possible, the law enforcement officer shall obtain a written statement from the victim and witnesses concerning the alleged domestic violence.  The officer shall submit the report to the supervisor or other person to whom the employer’s rules or policies require reports of similar allegations of criminal activity to be made.  The law enforcement agency shall, without charge, send a copy of the initial police report, as well as any subsequent, supplemental, or related report, which excludes victim/witness statements or other materials that are part of an active criminal investigation and are exempt from disclosure under chapter 119, to the nearest locally certified domestic violence center within 24 hours after the agency’s receipt of the report.  The report furnished to the domestic violence center must include a narrative description of the domestic violence incident.

(3) Whenever a law enforcement officer determines upon probable cause that an act of domestic violence has been committed within the jurisdiction the officer may arrest the person or persons suspected of its commission and charge such person or persons with the appropriate crime.  The decision to arrest and charge shall not require consent of the victim or consideration of the relationship of the parties.

(4)(a) When complaints are received from two or more parties, the officers shall evaluate each complaint separately to determine whether there is probable cause for arrest.

(b) If a law enforcement officer has probable cause to believe that two or more persons have committed a misdemeanor or felony, or if two or more persons make complaints to the officer, the officer shall try to determine who was the primary aggressor.  Arrest is the preferred response only with respect to the primary aggressor and not the preferred response with respect to a person who acts in a reasonable manner to protect or defend oneself or another family or household member from domestic violence.

(5) No law enforcement officer shall be held liable, in any civil action, for an arrest based on probable cause, enforcement in good faith of a court order, or service of process in good faith under this chapter arising from an alleged incident of domestic violence brought by any party to the incident.

(6) A person who willfully violates a condition of pretrial release provided in s. 903.047, when the original arrest was for an act of domestic violence as defined in s. 741.28, commits a misdemeanor of the first degree, punishable as provided in s. 775.082 or s. 775.083, and shall be held in custody until his or her first appearance.

(a)  “Harass” means to engage in a course of conduct directed at a specific person that causes substantial emotional distress in such person and serves no legitimate purpose.

(c)  “Credible threat” means a threat made with the intent to cause the person who is the target of the threat to reasonably fear for his or her safety. The threat must be against the life of, or a threat to cause bodily injury to, a person.

(d)  “Cyberstalk” means to engage in a course of conduct to communicate, or to cause to be communicated, words, images, or language by or through the use of electronic mail or electronic communication, directed at a specific person, causing substantial emotional distress to that person and serving no legitimate purpose.

(2)  Any person who willfully, maliciously, and repeatedly follows, harasses, or cyberstalks another person commits the offense of stalking, a misdemeanor of the first degree, punishable as provided in s. 775.082 or s. 775.083.

(3)  Any person who willfully, maliciously, and repeatedly follows, harasses, or cyberstalks another person, and makes a credible threat with the intent to place that person in reasonable fear of death or bodily injury of the person, or the person’s child, sibling, spouse, parent, or dependent, commits the offense of aggravated stalking, a felony of the third degree, punishable as provided in s. 775.082, s. 775.083, or s. 775.084.

(4)  Any person who, after an injunction for protection against repeat violence, sexual violence, or dating violence pursuant to s. 784.046, or an injunction for protection against domestic violence pursuant to s. 741.30, or after any other court-imposed prohibition of conduct toward the subject person or that person’s property, knowingly, willfully, maliciously, and repeatedly follows, harasses, or cyberstalks another person commits the offense of aggravated stalking, a felony of the third degree, punishable as provided in s. 775.082, s. 775.083, or s. 775.084.

(6)  Any law enforcement officer may arrest, without a warrant, any person he or she has probable cause to believe has violated the provisions of this section.

(8)  The punishment imposed under this section shall run consecutive to any former sentence imposed for a conviction for any offense under s. 794.011 or s. 800.04.

741.31,Violation of Injunction for protection against domestic violence

(2) The affidavit shall be immediately forwarded by the office assisting the petitioner to the state attorney of that circuit and to such court or judge as the chief judge of that circuit determines to be the recipient of affidavits of violation.   If the affidavit alleges a crime has been committed, the office assisting the petitioner shall also forward a copy of the petitioner’s affidavit to the appropriate law enforcement agency for investigation.   No later than 20 days after receiving the initial report, the local law enforcement agency shall complete their investigation and forward the report to the state attorney.   The policy adopted by the state attorney in each circuit under s. 741.2901(2), shall include a policy regarding intake of alleged violations of injunctions for protection against domestic violence under this section.   The intake shall be supervised by a prosecutor who, pursuant to s. 741.2901(1), has been designated and assigned to handle domestic violence cases.   The state attorney shall determine within 30 working days whether its office will proceed to file criminal charges, or prepare a motion for an order to show cause as to why the respondent should not be held in criminal contempt, or prepare both as alternative findings, or file notice that the case remains under investigation or is pending subject to some other action.

1. Refusing to vacate the dwelling that the parties share;

2. Going to the petitioner’s residence, school, place of employment, or a specified place frequented regularly by the petitioner and any named family or household member;

3. Committing an act of domestic violence against the petitioner;

4. Committing any other violation of the injunction through an intentional unlawful threat, word, or act to do violence to the petitioner;  or

2. It is the intent of the Legislature that the disabilities regarding possession of firearms and ammunition are consistent with federal law. Accordingly, this paragraph shall not apply to a state or local officer as defined in s. 943.10(14), holding an active certification, who receives or possesses a firearm or ammunition for use in performing official duties on behalf of the officer’s employing agency, unless otherwise prohibited by the employing agency.

(5) Whether or not there is a criminal prosecution under subsection (4), the court shall order the respondent to attend a batterers’ intervention program if it finds a willful violation of a domestic violence injunction, unless the court makes written factual findings in its judgment or order which are based on substantial evidence, stating why a batterers’ intervention program would be inappropriate.

Damages includes costs and attorneys’ fees for enforcement of the injunction.

Powered by WordPress and WordPress Theme created with Artisteer by Jason Kozdra.